So we decided to go out to Chevy's the night of Cinco de Mayo at 8pm. If you assumed that would be an epic fail, you were right. Every Mexican place was PACKED and we knew but we gave it a good try! Thank god I went out and got my fix of tacos earlier in the day. After driving around for what seemed like forever we ended up in Rahway at this place none of us have been to. At that point we just wanted food and a bar so we walked into The Waiting Room. 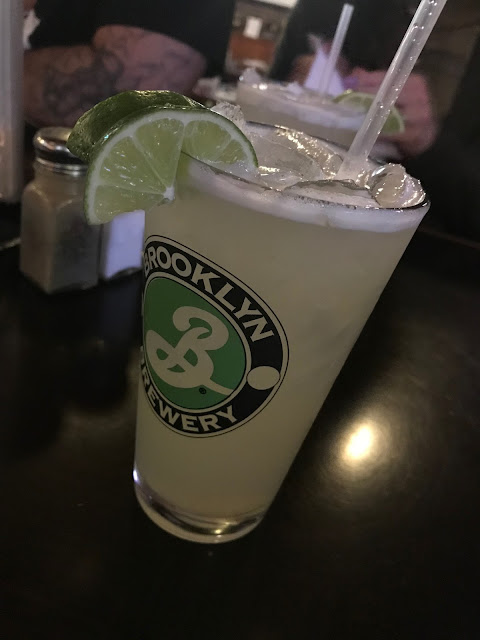 We had to at least get margaritas tonight if we weren't able to go full on Mexican. When our waitress was going down the list of flavors they offered and said jalapeño I stopped her right there. I asked if she had mango and she said yes so I asked if she could mix and make me a Mango Jalapeño Margarita. She looked nervous because I guess she wasn't prepared for the combo I was throwing at her. She actually told me she had to get a more experienced mixologist to make my drink which I thought was funny. I was happy they were able to make my request so they get points for that. She could've just told me no and stuck to the flavors they had. I will say it was a good first try at the drink, I'd give it a B because I've had better. 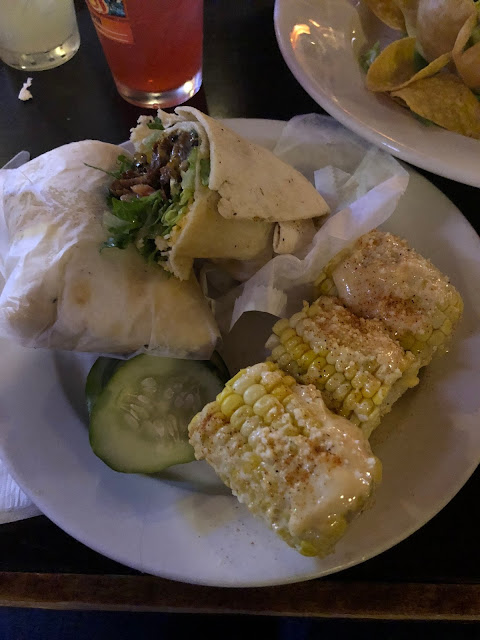 My friend ordered the Carne Asada Wrap which is grilled flank steak with a creamy avocado sauce and served with street corn. If you are unaware of what Mexican style street corn is, it's corn on the cob with mexican crema, cotija cheese, and chili powder. Many places have different variations of it but that's the original version. As you can see she clearly was getting her Mexican food no matter where we ended up. I tasted the corn and it was good, I love corn. She raved about the wrap and thought it was delicious. It's a monthly special at this restaurant so if it's not there when you go, that is why. 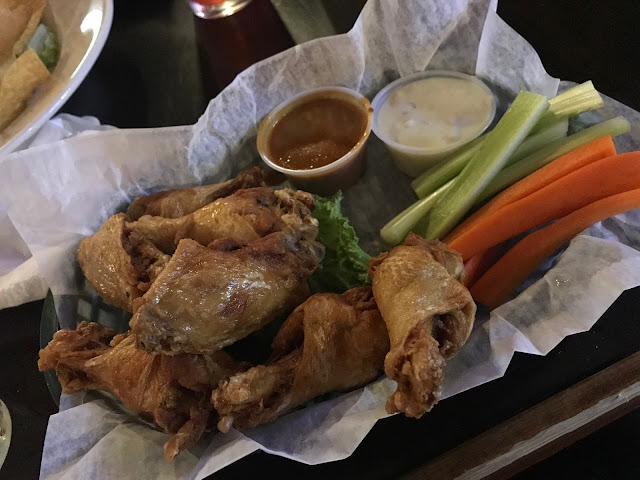 I am a wing connoisseur. Buffalo Wings are my favorite food... FAVORITE. If we are at a bar and wings are on the menu, I'm most likely getting that. They offered the flavors Buffalo, BBQ, Teriyaki, Angelo (spice rub) and Sa'mokin. The most interesting sauce to me was Sa'Mokin. When we asked the waitress what that was she described it as thee hottest sauce and recommend getting it on the side. So you know which sauce I picked right? Yup, Sa'mokin! The wings came out super crispy and super hot, like in temperature. I bit into the chicken plain just to see what I was dealing with and my glasses fogged up. That happened even after the fourth wing, I appreciated that. If you're asking why I didn't just go for it and get it tossed in the sauce, it's because I needed to know about this sauce first. I needed to know if it was ridiculously hot to the point that it's not even good in flavor or if it was really spicy but also really flavorful. Thank god it was the latter, I really enjoyed that sauce. They are really spicy so if your spice tolerance is not high like mine just stick to buffalo.
We all enjoyed our food that night. If I'm with my friend or hanging out at her house and she wants to come here again, I'm all for it. We agreed that we would come back there again eventually. I'd also get the wings again... tossed in the sauce this time.
« Taqueria Downtown in Jersey City, NJ
Strawberry Arugula Salad with Grilled Chicken » 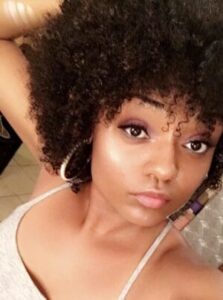